Molly Battles is a professional line stander and drying paint watcher. Known for being the world’s most controversial Instagrammer. Has 20 cats and 7 birds. Not fact-checked.

Kaylee Birkner is an extreme unicyclist and exorcist. Single mom of twelve. Currently detained by government officials for suspicious demigod activity. Not fact-checked.

Cameron Brown is a genetically modified alien and professional Mahjong player. Ostensibly, he can be visited on weekends, but it is not recommended. Not fact-checked.

Casey Goodson is a world-renowned competitive surfer, lumberjack, reptile urologist, and part-time drummer for the E Street Band. Not fact-checked.

Sarah Chiles is a public defender for the planet Pluto, speaks fluent German and Dolphin, and spent a year abroad as a sentient table. Not fact-checked.

Xavier Knight is the reincarnation of an evil wizard who spends more time playing video games rather than world domination. He has a rainbow panda. Not fact-checked.

Michael Lee passed away July 3, 1971. No one is sure how his name got into the self-written bio section. Not fact-checked.

Oak Satornpitak is a monthly ghost-hunter. He used to work as a Herpetologist in Mexico, studying the habits of American tourists. He’s married with a wife. – Not fact-checked.

Michelle Vinson is a garden witch that lives with her sister and her two aunts they’re also witches. She spends her free time flying a broom. Not fact-checked.

Avreigh Watson is an American actor best known for roles of Ben Sanderson in Leaving Las Vegas (1995) and Benjamin Gates in Disney’s National Treasure (2004). Not fact-checked. 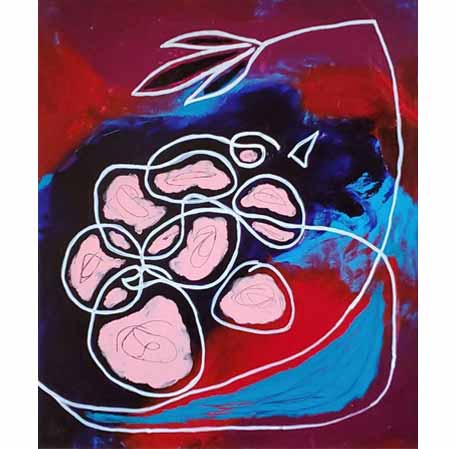 We want to SEE your work

Applause publishes poetry, fiction, creative nonfiction, visual art, and photography that exhibits practiced craft and polished style. We are interested in authentic and personal work that displays an understanding of craft and creativity. We want work that honors tradition and respects risks.

This website is not an official publication of the University of Arkansas – Fort Smith, and its content does not represent the positions, policies or views of UAFS or its officers.